A decade of collaboration at AMG

A decade of collaboration at AMG

Allied Marketing Group came together in 2010.

The five men who make up AMG were brought together by Bruce Mitschke, who worked with them individually through Elanco’s analysis software Benchmark. The five men in AMG all own feedlots within a 100-kilometre radius of each other. They met at Luigi’s Steakhouse in Lethbridge to discuss the possibility of collaboration. Each man would maintain their own operation, but they could pool their ideas, information and resources and work as a peer mentoring group. The idea proved successful, and the group incorporated in 2014.

Since its inception, AMG’s culture has been based on honesty and transparency. The five operators try to help each other and frequently discuss their business decisions with each other. Members of the group freely share their business strategies in order to promote mutual growth and achieve greater industry success.

Honest, open dialogue keeps the group working and makes it valuable for everyone. AMG shares a full-time nutritionist and veterinarian, while following similar protocols of animal care and welfare to maintain consistently high standards. AMG also leverages bulk rates when purchasing pharmaceuticals, corn and canola seed, silage plastic, fertilizer and crop chemicals. They’ve also been able to do things they couldn’t do alone, such as hire an animal handling specialist and safety training specialist.

The five men hold regular monthly meetings to discuss business and often bring in guest speakers or different men and women working on something unique in the industry. Since 2016, they have a rotating chairman to run their meetings. They compare cattle data, and some costs, but not profits or margins. All of the members have been able to transform their own independent operations, while growing together as a group. Since many AMG members have adult children involved in their operations, AMG has a “Next generation” component, also known as G2. The next generation hold business meetings together, as well.

The men of AMG have different personalities and they benefit by learning from each other’s experiences and ideas. They share business ideas with one other and shape their decisions from the feedback they hear around the table. They are very open with their numbers, and, as a result, they have buying power when they negotiate with packers. They bargain in a group and have had positive feedback from packers in this setup.

Every year, the group takes a trip together to a new place in North America to meet and learn from people in and out of the cattle industry. They’ve travelled to Quebec, Washington State, Colorado, California, Texas and Oklahoma and have been to cattle, dairy and even hemp operations. They approach agriculture with open minds and are always ready to learn, believing that anyone who has achieved success has something to share, whether it is directly related to cattle feeding or other sector within agriculture.

The feedlot industry is a tough business, and all of the men have had to face challenges on their operations. When they fall on hard times, being able to talk about their problems with each other has become a total advantage.

People often mention that these men are competing for the same cattle, and resources, but they’ve found that the culture of co-operation and peer mentorship has suited them well, and they go further together. 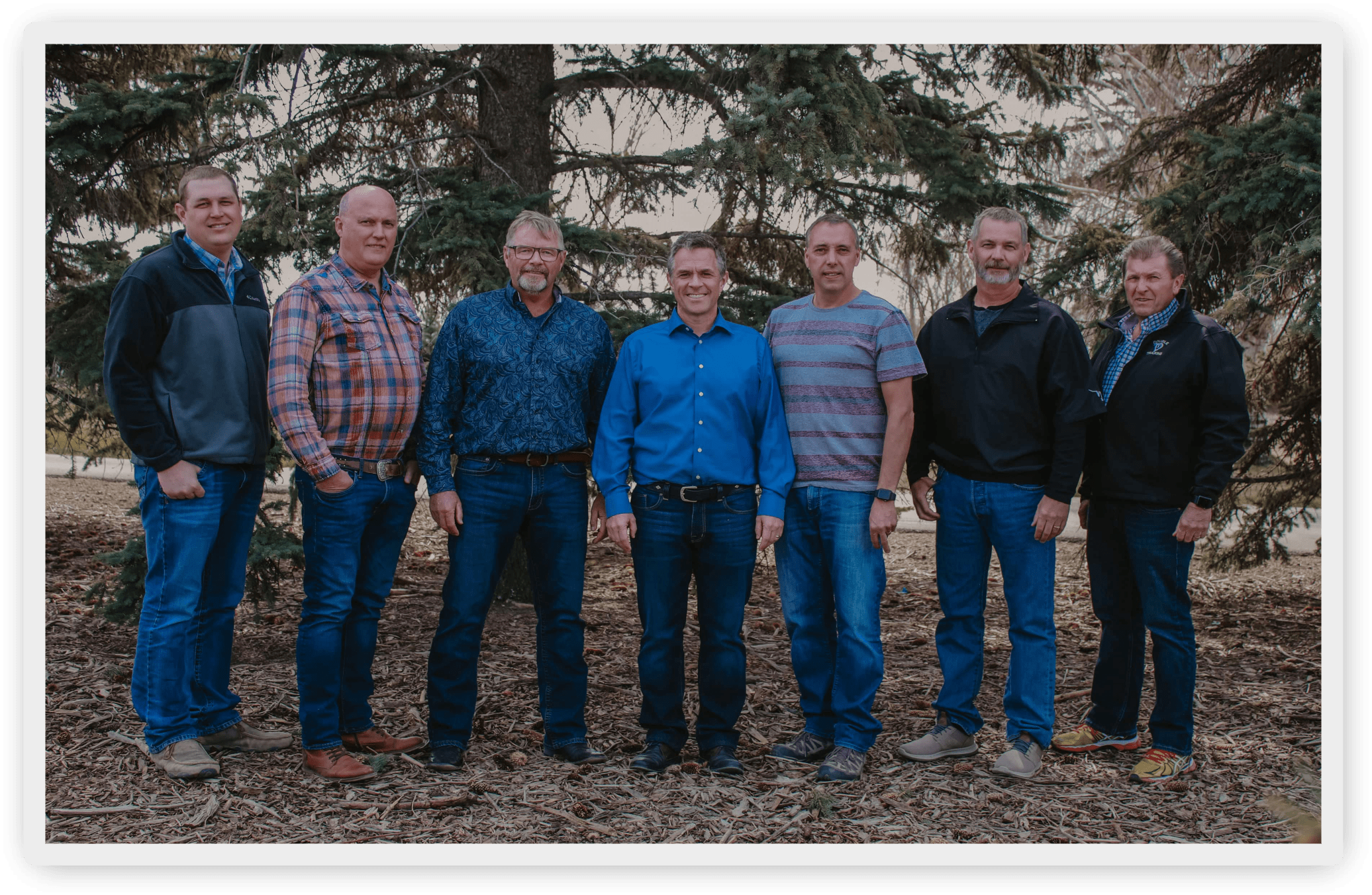