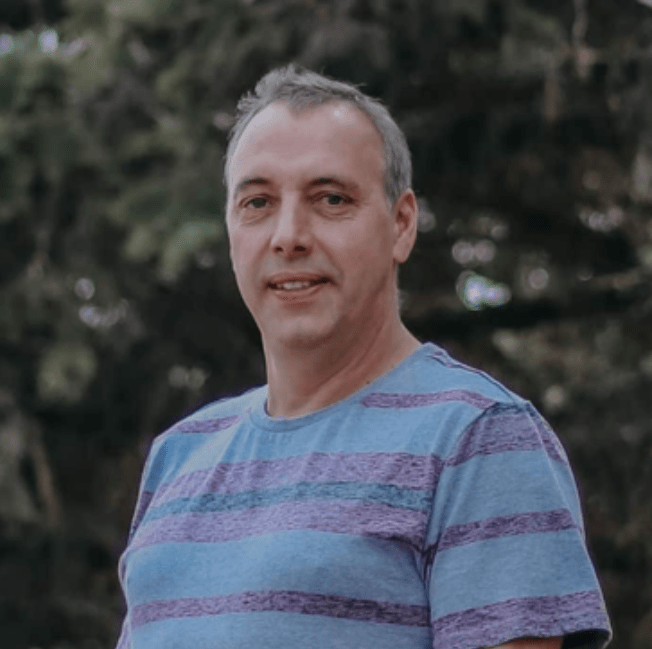 Leighton Kolk is well-known by those familiar with the beef industry in southern Alberta. He grew up in Picture Butte and attended The King’s University in Edmonton. Leighton grew up farming alongside his parents who owned a poultry operation, a cow-calf operation and hay land.

Leighton farmed with his brothers for years before setting up his own individual operation at Iron Springs.

Kolk Farms Ltd. now operates one main feed yard of 10,000 head, and two satellite feed yards of 5,000 head each. The Kolks purchase calves and yearlings and bring them to finished weight to market, the majority of them are sent to Alberta packing plants.

Leighton and his wife Elinor are the main shareholders of their operation. Four years ago, their oldest son, Jordan, expressed an interest in becoming a shareholder. Devan, the second son, became a shareholder in 2018. Leighton’s sons are involved more in the equipment, farming and cropping sides of the operation, while his daughter Megan specializes in cattle handling, health and management.

Leighton is very involved in his community and has served on school and church boards as well as several industry related boards, including the Alberta Livestock and Meat Agency, Alberta Beef Producers and the Alberta Cattle Feeders’ Association. He has also helped Lethbridge College design its agriculture risk management program.

When not working at the feed yard, Leighton loves playing squash, motorbiking and pedal biking